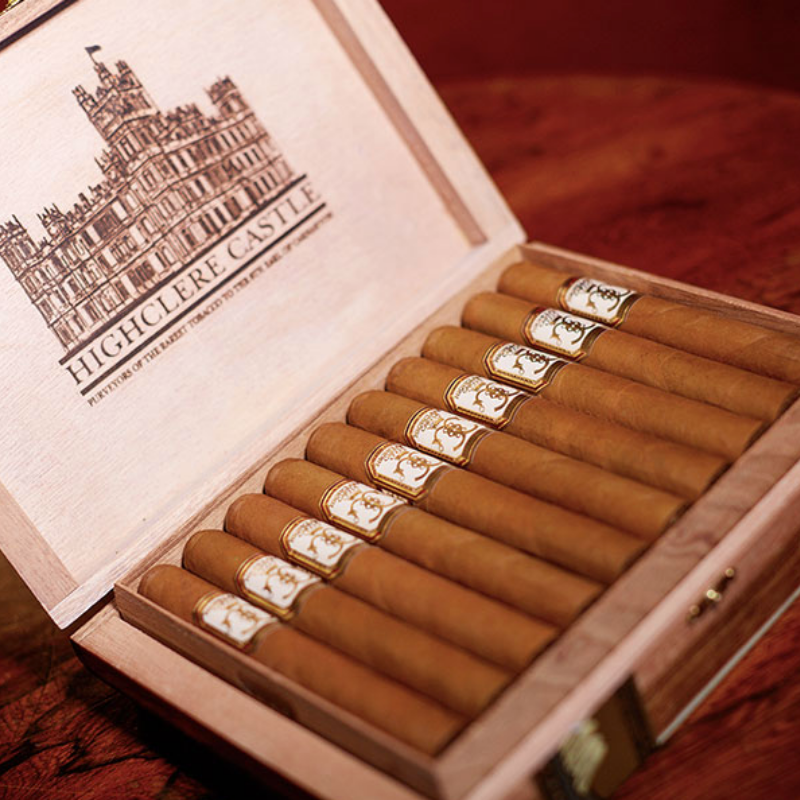 Gobally recognized as the iconic face of the award-winning television drama, Downton Abbey, Highclere Castle is now producing a cigar reminiscent of those enjoyed at Highclere Castle during the 19th and early 20th centuries.

To create and produce the cigar, Highclere Castle Cigar Company has partnered with world-renowned cigar producer Nicholas Melillo of Foundation Cigar Company. George Carnarvon, the current 8th Earl of Carnarvon, owner of Highclere Castle and farmer of the 5,000-acre estate, is an active partner in the endeavor. “Having had the opportunity to visit Nicaragua and tour the tobacco fields and factories where our cigars are made, I’ve gained a deep appreciation for the passion and skill that goes into making a super-premium cigar. The cigar itself is an excellent representation of that, and I think my ancestors would be proud it bears the Highclere badge.”