made especially for you 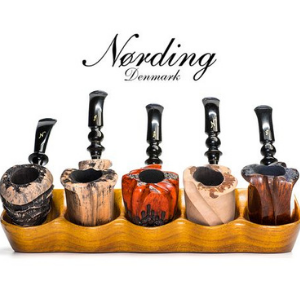 Erik Nørding was born in Copenhagen, Denmark.
He was originally educated in engineering and was a Blacksmith by trade.

Pipe carving began as a hobby, but as time went by, he became more interested in pipe making as a profession.

During the last 50 years Erik Nørding has built his own business, which today produces some of the most popular pipes in the world!